A bulker completed loading operations and officials conducted an underwater hull inspection with video recording as per port authority requirement. The vessel’s hull was found free of any suspicious objects. At the same time, customs officers checked the vessel interior, including the rudder trunk, which was almost filled with water. Some parts of the rudder trunk were inaccessible and could not be checked but the vessel was cleared for departure all the same.

Later, during discharge of the cargo, a team of custom officers attended the vessel. During their detailed search drugs were found hidden in the rudder trunk. The investigation revealed that there was a lack of proper guards around the rudder stock (image below), allowing potential unauthorised access for drug trafficking purposes. 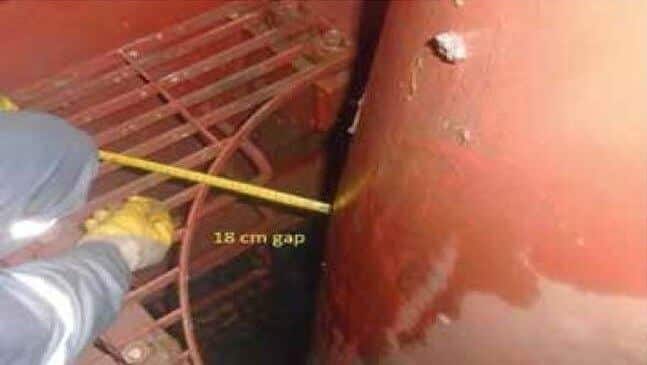