Crew on a DP vessel were performing maintenance on the main power distribution bus circuit breakers; maintenance which was several years overdue. Additionally, the maintenance was conducted during a critical Outer Continental Shelf activity. In support of the circuit breaker maintenance, the vessel was transitioning from a ‘closed bus’ operation to an ‘open bus’ configuration with 50% of the vessel’s thrusters operating on each bus.

After opening the bus tie, a generator protection circuit failed to function properly, and this combined with a design flaw in a power transformer protection circuit causing half of the vessel’s thrusters
to stop. The vessel’s engineer attempted to restore power to these thrusters by closing the bus tie without synchronising two live buses (crash sync). Design features and operational procedures to prevent such an action and consequences were not sufficiently in place. The design deficiency allowed a power transient to cause a total loss of thrust and therefore loss of position. 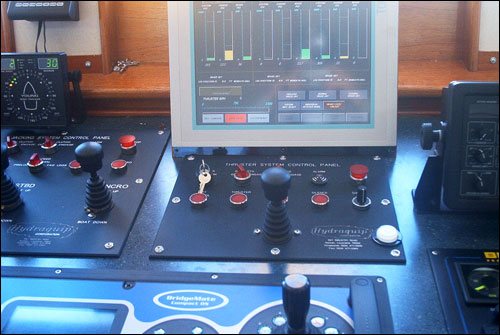