The Bahamas flag bulk carrier was lying at the outer anchorage off the port of Albany, Western Australia. The ship had just completed a voyage in ballast from Singapore and was preparing to load a cargo of Australian wheat for Inchon in South Korea.

At about 0815 on the morning of Saturday, the Bosun, with the two deck cadets and two seamen set to work transferring used dunnage lying on the hatch cover of No.3 hold, to the space between the break of the forecastle and No.1 hatch.

The plan was to partly deballast No.3 hold for maintenance. The Bosun and the two cadets went to unlash the forward gantry crane.

This done, the senior cadet remained in the starboard driving cab while the Bosun, the junior cadet and the two seamen slung the dunnage.

After the gantry crane arrived at No.1 hatch and lowered the dunnage, the Bosun noticed that the junior cadet had not arrived up forward. He walked aft on the starboard side and found the cadet, apparently unconscious, lying against the hatch coaming of No.2 hold.

The crew carried him into the crew’s recreation room in the accommodation and the Chief Officer started to apply CPR. Shortly afterwards, on unzipping the overalls of the cadet, it was found that his abdomen had burst open and it was concluded that he was dead. The post mortem revealed that he had died from shock and haemorrhage following multiple crush injuries. 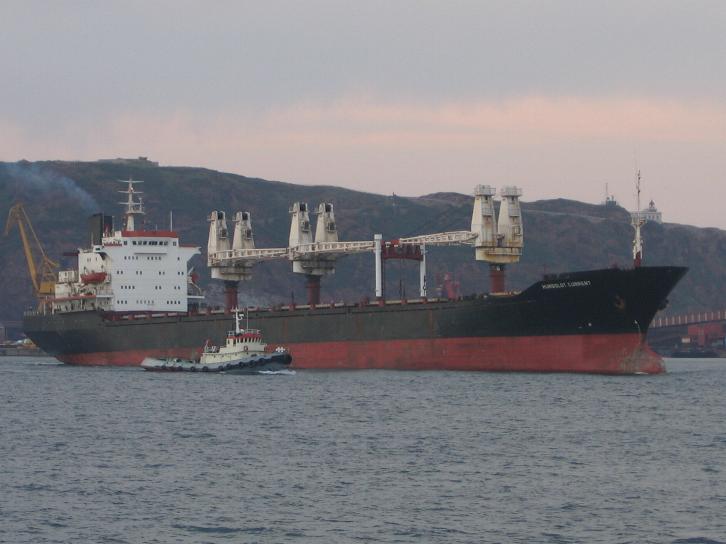 These conclusions identify the different factors which contributed to the circumstances and causes of the incident and should not be read as apportioning blame or liability to any particular organisation or individual.

It is concluded that:

1. The junior deck cadet died from shock and haemorrhage as a result of multiple crush injuries received after being caught between the power belt idler wheel, on the starboard leg of the forward gantry crane, and the after coaming and hatch cover guide on No.2 hold.

2. The cadet must have been aware that the crane was moving as he had, shortly before, given an “all clear” signal to the Bosun and had walked forward to a position ahead of the moving crane.

3. There was no sound reason for the cadet to have been in that particular position at the same time as the moving gantry crane and it cannot be known what was in his mind immediately before the incident.

4. There is a possibility that the cadet, mistakenly thinking he had time to cross in front of the moving crane, attempted to cross the crane track to get to the space between the after the end of No.2 hold and the deckhouse.

5. The audible alarms on the gantry cranes are not sufficiently loud or “startling” as to hold a person’s attention while the cranes are moving along the deck, particularly in a strong wind and against the background noise of the hydraulic machinery.

6. Although possibly not a significant factor in this incident, the gantry cranes have no warning notices to indicate that they may start moving at any time.

7. Neither fatigue nor alcohol is considered to have been contributing factors in the death of the cadet.