A cargo vessel experienced heavy weather while underway resulting in damage to the port gangway. Once in a secure anchorage and in good weather it was decided to bring the gangway on deck for inspection and to prevent further damage.

As the gangway was being lifted on deck via the deck crane, a crewman who was assisting the work was caught between the gangway and the ship’s rail. His upper body was crushed; first aid was applied and he was quickly evacuated to hospital. 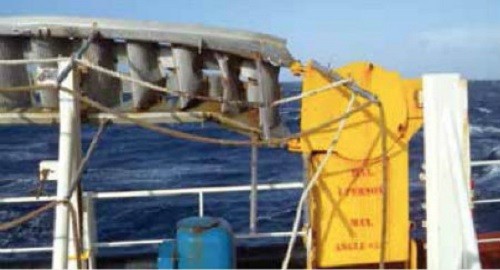 * The crewman had unwittingly put himself in a dangerous situation. The management of crew for this non-routine operation was less than adequate.* There was a lack of vessel procedures for handling/lifting heavy objects.* The risks for the work in question were not thoroughly analysed.* The gangway was likely improperly secured in the first place to have suffered damage.