A bulk carrier was in port. A safety and unloading meeting was held between the port production coordinator and the ship’s crew, and the stevedores began to discharge the cargo of coal. During the meeting, the Master pointed out that the vessel had enclosed ‘Australian’ hold access ladders (i.e. with intermediate platforms at certain points), so there was a risk of oxygen deficiency in these spaces. It was stated that stevedores should access the holds via the unenclosed straight ladders, which could be accessed via booby hatches that would be opened by the crew. 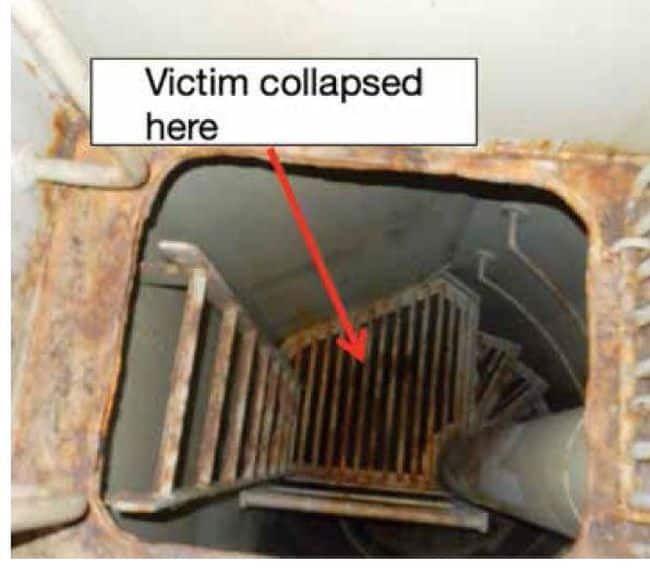 The supervisor entered the enclosed ladder space to help the victim and called on the radio for help. As he came near the victim he felt weak and dizzy; as he tried to escape he fainted. Another stevedore arrived and was able to extricate the supervisor. He then descended to try and help the first victim, but this time he too fainted. A third stevedore arrived with an emergency escape breathing device (EEBD) and, after speaking with the recovering supervisor, entered the space and extricated the second victim.

As word of the emergency spread, ship’s crew arrived with breathing apparatus (BA) equipment and the first victim was extricated using a rope. CPR was administered, but he was later declared dead. Some of the official findings within the report were as follows: