An experienced deck crew member was tasked with painting the end of a raised car-deck ramp hatch while a ro-ro was at the dock. He was attending to this work alone when several other crew heard a loud crash in the vicinity of the ramp.

The other crew found the victim lying on the inboard side of the ramp, some 4.5m below the main deck, with a trestle lying on its side and across the lower part of his right leg. The victim was attended to.

He was conscious, but it was quickly assessed that he had broken a leg and an arm, and the shore emergency services were called. The crew member was taken to hospital but died three days later. It was reported that he had suffered a stroke caused by traumatic brain injury. 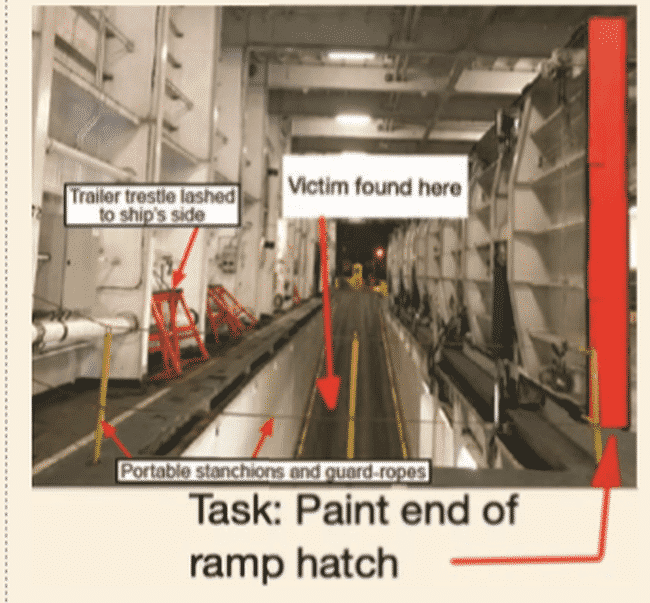