A bulk carrier was in port. Following recommendations from a surveyor, the holds were to be painted to render them acceptable for grain transport.

The vessel did not have any scaffolding, so it was decided to jury rig the ship’s portable gangway into a work stage. This work stage could then be suspended from the cargo crane hook via slings in order to reach the higher areas in the hold.

Company risk assessment procedures required approval from shore management for working aloft. In this case, however, approval was not sought. 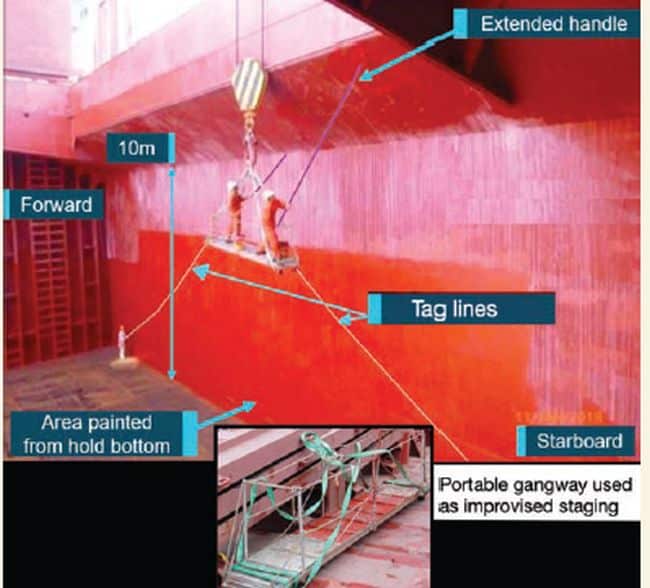 In preparation for the painting, the gangway was rigged with additional ropes to secure the open ends of the gangway. Slings have fastened either end for lifting and suspending it from the crane. Tag lines were connected to the underside of each end of the gangway and run to the hold bottom where they were to be used to control the motion of the suspended staging by two crew. Two other crew donned safety harnesses and attached themselves to the double safety lanyard on the fall arrest line – which was designed for one person – one to each attachment point.

The free end of the fall arrest safety line was tied off to one of the crane hook shackles, clear of the staging slings and the hook itself. The two ABs boarded the staging on the main deck. Because the improvised arrangement had limited stability, the ABs stood one at each end of the staging to balance it. They were to work from these positions and limit their movement so as to not upset the staging and equipment on board. 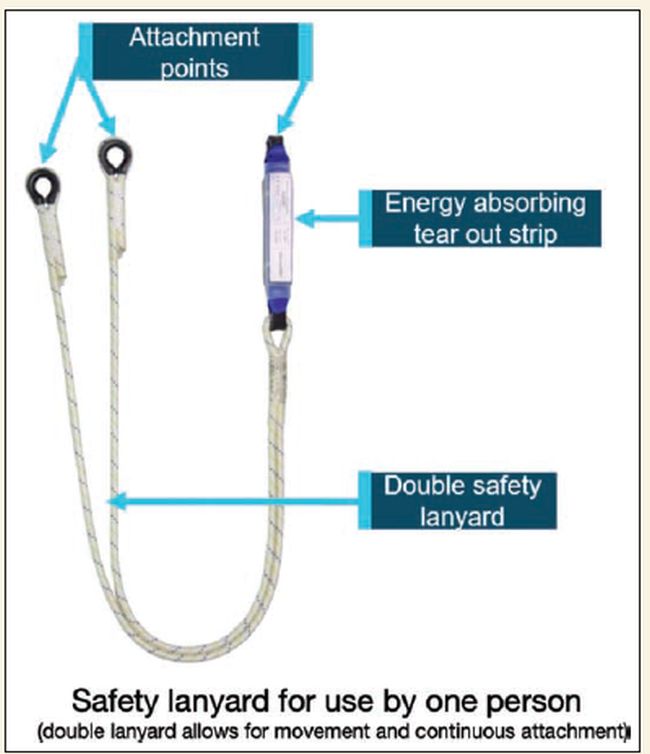 This went unnoticed by the work team. As the jib was raised further, the block suddenly came free of the coaming, sending an unexpected heavy shock through the staging, upsetting it and its load. Both crew were knocked over on the staging, landing heavily on their knees and lower body. The severity of their injuries meant the crew members had to be taken to hospital. The investigation found, among other things, that: