A vessel was preparing to depart. The Master and pilot decided to use the ropes which were already reeved on winches from casting off for making fast the tug. The aft mooring team did not challenge this decision. After lowering around 45 metres of rope to the tug, one of the two ropes given to the tug was found to be wedged in the section coiled on the winch and was not paying out freely. 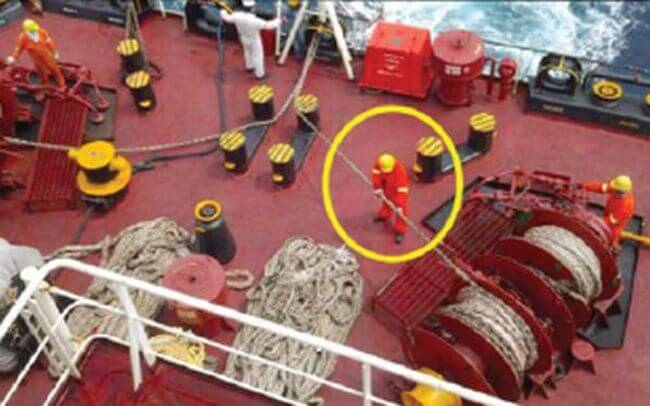 Additionally, the lead from the winch to the mooring bitt was not straight and did not facilitate easy lowering.

A crewmember was assigned to clear the stuck rope from the winch. As he was attempting this, the tug pulled on the lines to confirm that both lines were equal in length. The pull caused a sudden surge of the line which struck the crewmember’s right hand. He sustained a fracture and was later signed off on medical grounds for further medical attention ashore. 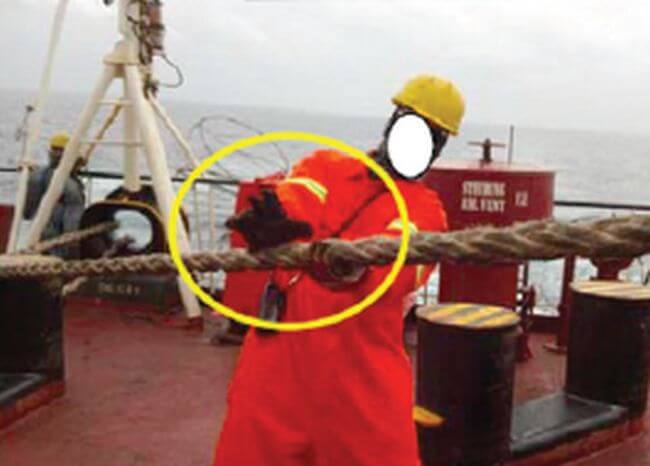