Accidents on ships take place because of several reasons. However, when such accidents lead to death of a crew member, it’s a matter of great concern.

Of all the reasons that result into different types of accidents on ship, confined space is one of the most common one. In spite of several incidences in the past related to confined space, seafarers are often seen neglecting basic safety precautions while entering such spaces.

In this article, we have described a true incident wherein not one or two, but a total of three lives were lost because of negligence and failure to follow safety procedures to enter confined space.

The accident took place on a container ship while on port. After giving instructions to the engine room department, the 2nd engineer along with the engine room fitter went into the ship’s tunnel to overhaul a leaky storm valve. It was just the start of the day and everyone was busy with their duties. 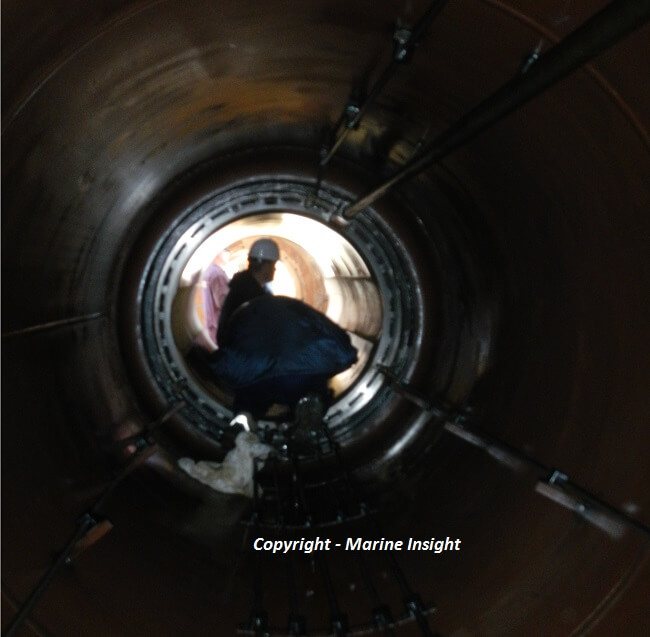 The 2nd engineer and the fitter started their work in the confined space of the tunnel. They isolated the line and slackened the valve from the place. However, they neglected the point that the line can have trapped poisonous gases inside it.

As soon as the valve was removed the toxic gas escaped into the confined space tunnel. The 2nd engineer and fitter collapsed instantly.

This was not all. After sometime the 4th engineer went into the tunnel looking for the 2nd engineer. Unaware of the situation, the 4th engineer also collapsed because of the poisonous gases as soon as he entered the confined space.

After few hours, the 3rd engineer on not finding 2nd and 4th engineer, informed the chief engineer about the situation.

A team entered the tunnel after taking proper precaution to rescue people from confined space, along with breathing apparatus and discovered that 2nd engineer, 4th engineer and fitter had died due to suffocation by poisonous gases in the confined space.

This is a very rare and unfortunate accident wherein three people died at the same time on ship because of sheer negligence to follow safety procedures.

Loss of three lives on a ship on the same day is a very serious matter and raises a serious doubt on working practices followed by the ship’s crew. Basic procedures to ensure personal safety must not be compromised at any cost irrespective of the type and condition of the work.