As inspiring and revolutionary Steve Jobs’ engineering concept is, equally brilliant is the late innovator’s mega yacht named Venus. Having commissioned the vessel even before the diagnosis of his terminal illness, Jobs intended the vessel to be his swan-song, after his terminal health problem was brought to light. According to the reports, the mega yacht was put into operation in 2012, a year after Jobs’ untimely demise.

The designing concept of the vessel was carried out mainly by reputed French marine architect Philippe Starck with several noteworthy inputs provided by Jobs himself. However for a brief period, the designing of the vessel was almost stalled by the American tycoon on account of the state of his health, though he later resumed it as a way of ensuring that his legacy and presence was carried forth even in his absence. 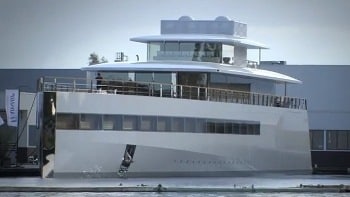 Yacht Venus represents many of the traits of the Apple engineering marvels. Fully customized to suit Steve Jobs’ requirement, Venus was built by the Dutch super-yacht building consortium Feadship.

Feadship is known world-wide as a specialist in building one-of-a-kind super yachts.

With regard to Venus, it has provided the following technical uniqueness:

Measuring over 250-feet lengthwise, the yacht Venus finds its name in the list of 100 biggest mega yachts in the world. 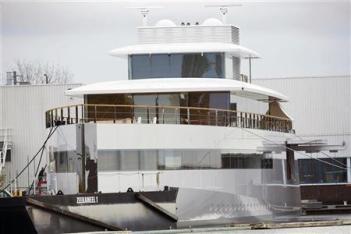 Other popular luxury yachts that feature in the listing include the likes of Pelorus, Eclipse and Topaz.

Almost immediately after the mega yacht was launched, there was a slight controversy surrounding the Venus. Principle designer Philippe Starck alleged that the legal inheritors of the yacht had failed to pay the balance of his dues, amounting to around US$ four million. Following the allegation, the yacht was seized at the Rotterdam harbor before the defaulted dues were paid and settled by the late entrepreneur’s legal team on behalf of the inheritors. 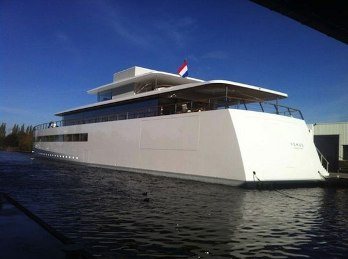 One of the main reasons cited for the entire controversy was that there was no legal agreement entered into by Jobs and Starck with respect to the Venus’ construction and payment details. The contract was verbally implied and based on the long-friendship of the two visionaries, which thus caused an unforeseen problem.

The mega yacht was named for the Greco-Roman Goddess of romance, Venus and it was with great love that Steve Jobs envisioned its completion. Although unfortunately he was unable to see his vision brought to life, yacht Venus holds one lasting memory of Jobs to his loved and cherished ones.

You may also like to read:- The Awe-Inspiring Adastra Superyacht