Designed by the prominent Incat shipbuilding of Tasmania, Australia, the Condor Express is a catamaran unlike any. Operated by the UK-based ferrying company Condor Ferries, the Condor Express ferries passengers between the route of Poole and the Channel Island of Guernsey. 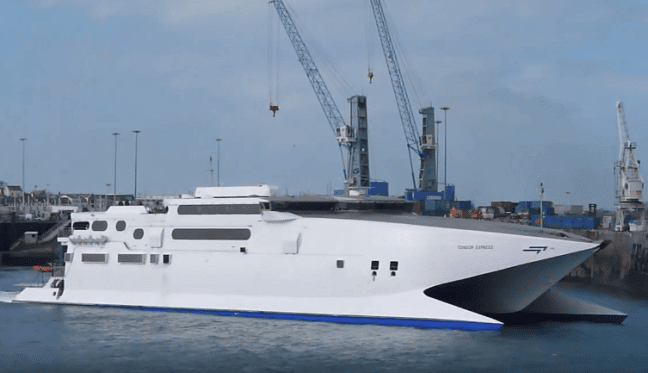 The singularity of the vessel stems from the fact that it thrusts through the waves literally cutting though them, thus accounting for increased speeds of about 40 knots.

Passengers aboard the ferry can enjoy the facilities of a bar, a restaurant, shops and a playing domain for youngsters. To meet the needs of new-born babies, the ferry also houses required assisting facilities.

The Condor Express combines a unique blend of functionality with power and class which makes it a vessel worth taking a ferry ride.